Bike to Give Thanks; The Supermarket Street Sweep goes to 11!

Every year I find it a struggle in both money and time, to find ways to give back to my community. So what can you do that doesn't include spending a ton of money and/or time out of the busiest time of the year? You can head out to the nearest soup kitchen, but chances are that this is the one time per year that they DON'T need help. There are so many people thinking the same thing, and they don't want to turn you away, but they would like to remind you that there are 48 other weeks in the year where they can use you even more...

For us cyclists (even mellow ones), there's a great event every year that has always grown in size and it's an event that you can do on your bike! The Supermarket Street Sweep which benefits the SF-Marin Food Bank is a go-your-own-pace no-entry-fee alleycat bike race that harkens back to your childhood days of watching contestants run into each other on the Supermarket Sweep.

In the same vein, you'll ride your bike to certain checkpoints(which will be released to you at the start of the race on a "manifest") pick up particular food items, load them into your gigantic backpack, save the receipt, and then onto the next supermarket! Similar to a day of messenger-ing, this particular race can be run at your own pace, making multiple stops before finally unloading at the food bank and enjoying a well-earned meal and a beer with your comrades. This year, the 11th annual SMSW will be held on Saturday December 3rd, 2016. Each year, SMSW has outdone itself and despite the number of riders, they've grown in both amount of food brought in and also in the amount of money raised. In 2006, they raised around 1200 lbs of food. Last year they were able to bring in a whopping 12,000 lbs of food in addition to the $13,194 raised. You can see the details here. That's just under 40,000 meals! And despite the move of organizer Jenny Oh and the handover of leadership from Jonathan Koshi to a whole new host of people headed up by the wonderful Jenn Chan and Tom Hood among others; SMSW will go into it's 11th year still on a roll. There are four ways to give during this alleycat; Donation, Points, Cargo, or Team. Your entry fee is the money spent on the food and the differences between the categories are highlighted below. Before the race begins, you can hit the streets and ask for donations. Money helps the Foodbank in addition to the food brought in by the racers. In San Francisco, we have enough startups that are looking for write-offs(maybe even your own) that this category is always competitive. For every single $1 raised, the Foodbank can offer 3 meals. The Points race is individuals racing by themselves and attempting to hit as many "checkpoints"(supermarkets) as possible; each checkpoint is worth a certain amount of points according to how far away from the Foodbank it is. There is usually a South San Francisco and a Sausalito checkpoint that are both worth the most points.

The Cargo category is exactly what it sounds like. Haul a ton of food on your cargo bike to the Food bank. This category is measured in pounds. Better make sure you've got the legs; because the final destination is over a hill!

The Team category is new as of last year. You must pre-register, but you can have up to 5 team members. You get one manifest per team, and you can split up, but you must purchase enough at each checkpoint for the entire team (including separate receipts!). And last year even though it was new, the Team Category by itself brought in almost half of the 12,000lbs of food! So grab your friends and get ready to pre-register for this! "According to the Food Security Task Forceâ€™s (FSTF) Assessment of Food Security in San Francisco (2013), 261,619 (or approximately 1 in 4) people in San Francisco and Marin make less than 200% of the FPL and are consequently at risk of being food insecure, and the sub-populations especially vulnerable to food insecurity include seniors and adults with disabilities, children and families, and people who are homeless." Check out the SF-Marin Foodbank Website. Last year, that number was 1 in 6 people. With the recent events in our local and federal elections, we can't ignore the growing number of people that will need assistance. Give what you can; if all that is, is time and effort, give that instead of money. Through school lunch programs, meals for seniors and giving to local non-profit pantries and other community partners, the SF-Marin FoodBank is responsible for helping over 225,000 people. As if you needed a reason to give back, this race also traditionally has some of the nicest SWAG and prizes that I've ever seen; Ruthworkssf, The Willary, Timbuk2, in addition to your very favorite bike shop (that's us.. btw), have donated quite a few items. Ride in with the most food and ride away with the most swag. It's as if the whole cycling industry WANTS you to give back.

Check out the Rider Profiles - Adam Shapiro of Bike Link East Bay on their page for a few tips on past races and keep checking for more tips from other riders like Zack Morvant and Sean Sevilla, and what they are looking to do for this years race! Here's the link. What are you waiting for? Sign up today! 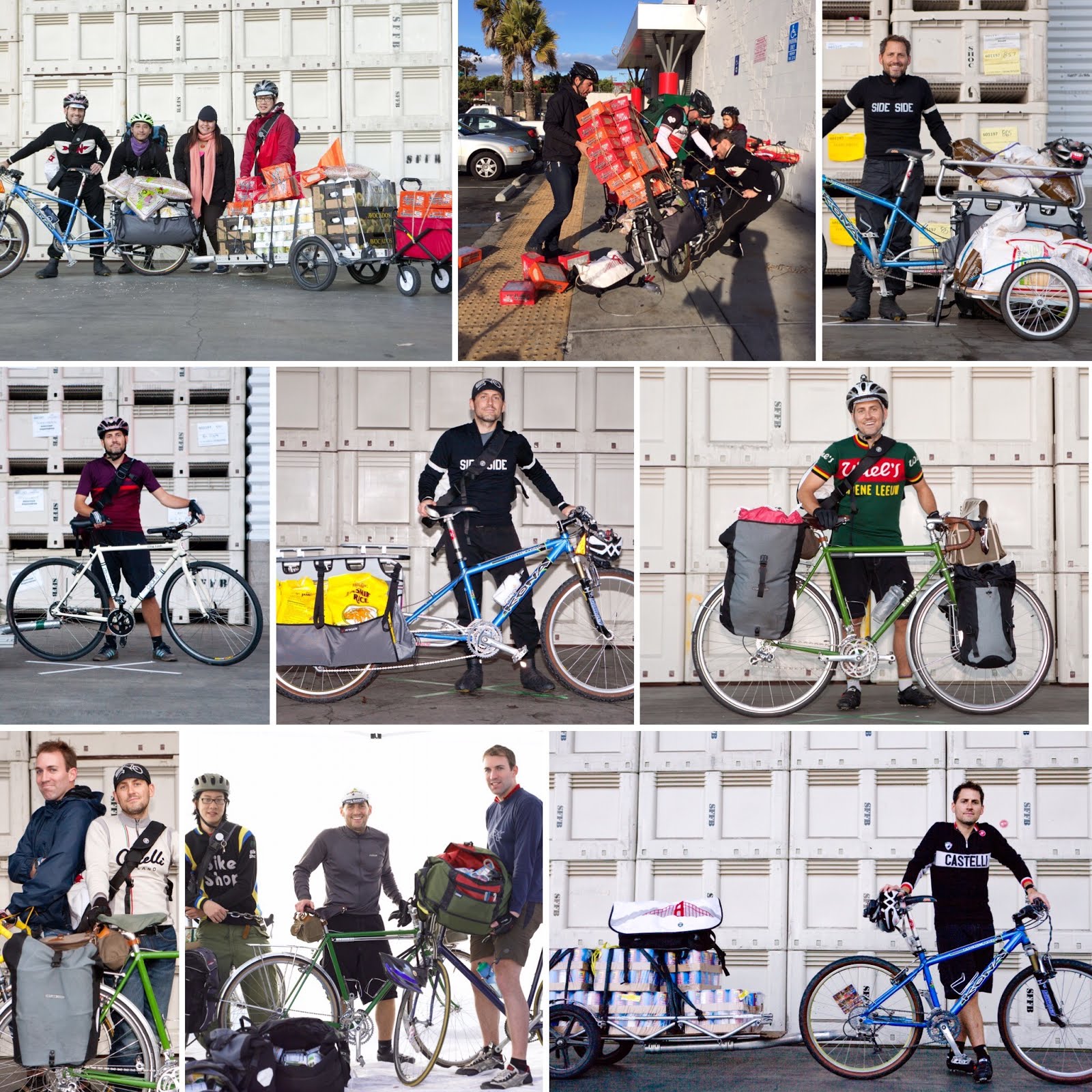